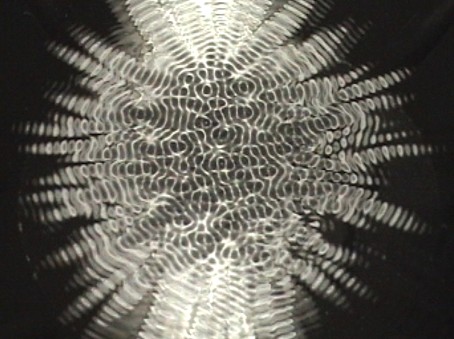 The famous proponent of German ‘Romantic’ painting, Philipp Otto Runge, best known as Philipp Runge (July 1777 – December 1810) was as good a draughtsman as he was a painter. He was a pioneer in the study of color harmony and his line of works was remarkable for its experimentation, with the varying proportions of red, yellow, and blue to create a magnificent array of unique colors. Most of Philipp’s art carried the definite shades of religiousness and a sense of the universal sync of soul and divinity. Among his most popular works was a series of four paintings, called “The Times of the Day,” which could only be partially completed, due to the untimely demise of Runge in 1810. “Morning” is one of the completed oil on canvas work from the series.
The detailed work “Morning” is divided horizontally into three segments – earth, mid-heavens, and heavens. The mid-heavens depict the personification of Aurora, as the central figure of the piece, positioned in the sky. The ground below is marked with plants and landscape characteristically from Northern Germany, where a newly born baby is shown lying on its back. The vertical portions are symmetrical on either side, full of this middle portion. Two young children sitting on the ground are bending forward to pluck irises from the shrubs. Right above their heads, two other figures of children are portrayed hovering in the sky with a bunch of flowers in one hand and a single strand in other. They have their gaze fixed on the figure of Aurora and are offering her a flower from their bunch.
Up above in the sky, angles are floating in different postures and acts. The mythological figures of winged Cherubim have been reincarnated into ‘Symbolic’ Geister, aiming ahead and reaching out for the Morning Star (planet Venus in the eastern sky that appears right before the sunrise). Like in all of his other works, Philipp has embodied the spirit of Christian trinity in the “Morning.” He has made use of his traditional set of colors – blue to represent divinity & the night sky before morning, white to indicate the Holy Spirit, and yellow to exemplify the transcendental morning & evening hours. The entire frame is lit by the glow of Aurora, the epitome of knowledge and light, as an illustration of spiritual enlightenment of mortal souls.
Although, Philipp Runge could not contribute a much to art, in the terms of the number of years, yet he left his indelible mark on the history of art. Runge’s philosophical understanding of the interplay of color tones was exceptional, “Morning” being the classic example of the case.

Construction painting jobs are critical among all the construction related jobs as you have to make an estimate while keeping an eye on details. You got to have a sense of proportion and know how […] […]

When it comes to finding interesting swimsuit and bikini body painting ideas for the beach, the sky is the limit for how creative you can get. The art of wearing a body paint instead of […]

Oil Painting Lessons – Where to Start?